Como Lake, a luxury tourist area famous for its spectacular scenery at the base of the Prealps.

The particularity of Como Lake is due to the shape of the basin that resembles an inverted “Y”, with three thin branches converging at Bellagio. At the bottom of the south-western one is Como, known for examples of Renaissance architecture and for a funicular that goes up to the mountain town of Brunate. 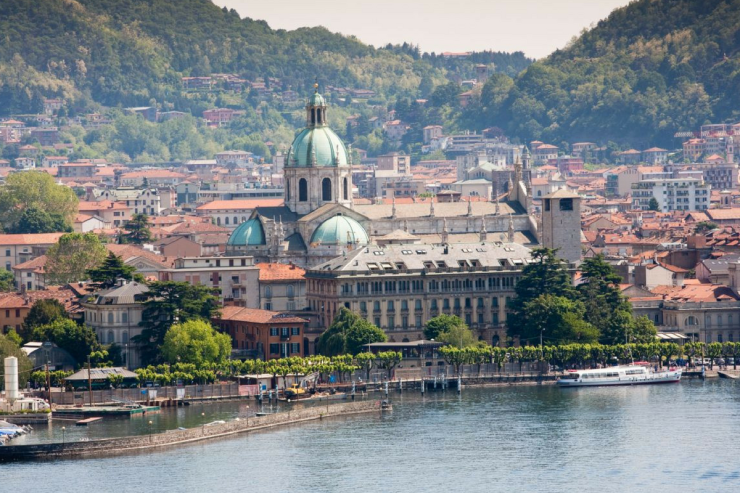 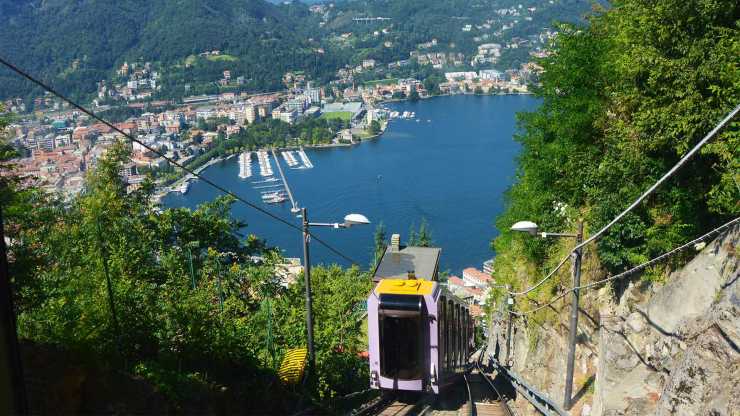 Located about 50 km north of Milan, it is the deepest lake in Italy, the one with the largest perimeter and the third largest in surface area and volume; it is also considered one of the most beautiful and fascinating lakes in the world. 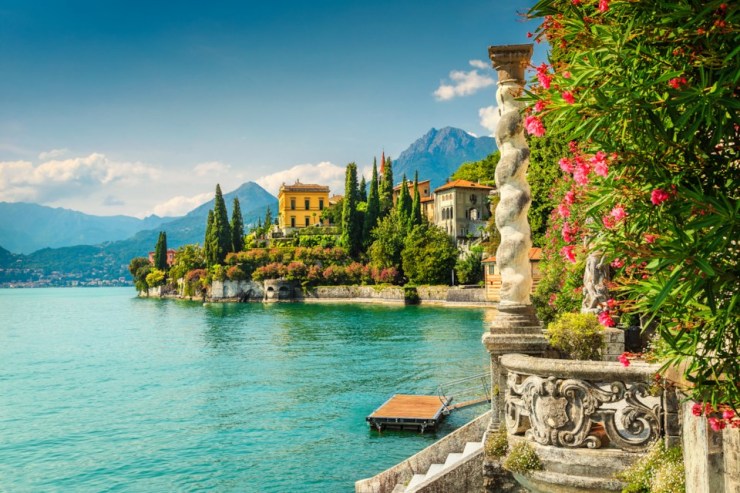 Surrounded for its entire perimeter by medieval villages and villas of ancient charm, Lake Como has become over the years the favorite tourist destination of famous actors, political personalities and more.

The climate is the continental climate of Lombardy, slightly tempered by the lake water mass. Colder, however, than Lake Garda, it has small differences from area to area determined by the local orography. It is rigid in the Como branch, especially on the north-facing inland shore, milder in the centre of the lake and along the eastern Lecco Riviera. 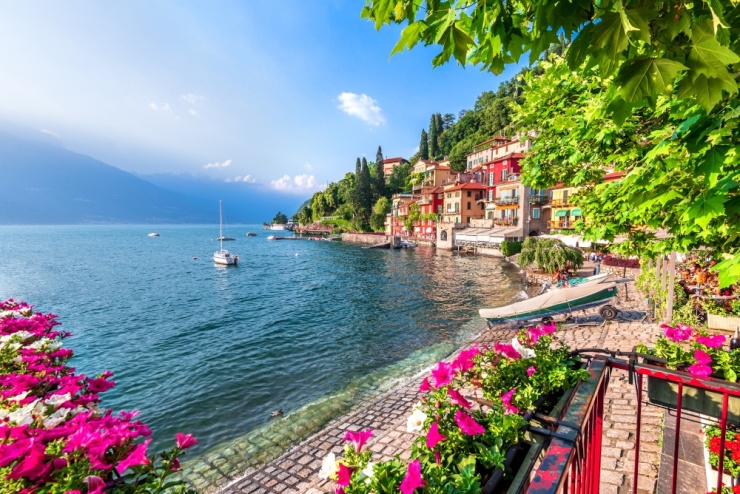 The best places to visit:

The village of Cernobbio is nestled between the beautiful Lake Como and the Larian Pre-Alps, at the foot of Mount Bisbino. The steep slopes, which at times seem to dive directly into the lake, create an evocative and fascinating panorama of intense colours. Its name seems to derive from its geographical position. In fact, according to Latin etymology it means “situated where the waters of the lake separate from the earth”. 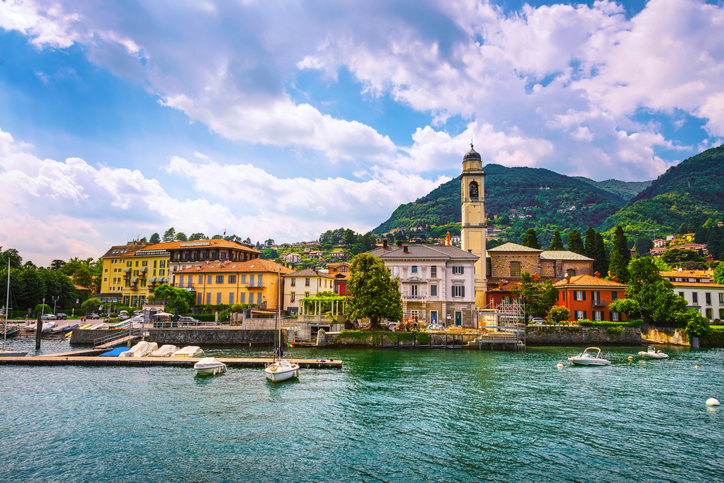 Bellagio is one of the most beautiful villages of Como Lake and Italy. It is known for its cobbled streets, elegant buildings and the Park of Villa Serbelloni, an 18th century terraced garden overlooking the lake. Nearby, you will find the Torre delle Arti, home to exhibitions and shows, and the Basilica of San Giacomo from the Romanesque period. Near the rocky beach of Loppia, there is the Museum of Navigation Instruments, where sundials and compasses are exhibited.

Menaggio is situated on the western shore of Como Lake, at the beginning of a wide valley that connects Menaggio to Lugano Lake. Thanks to its central location Menaggio is an excellent base for discovering the Como Lake. The town is characterized by a central square and a splendid lakeside promenade that offers a unique view of the lake.

Laglio is an excellent starting point for trekking and walking, you can also admire Villa Oleandra inhabited by the famous actor George Clooney. The village of Laglio, divided into the two centres of Laglio and Torriggia, is the watershed between the first and the second basin of Lake Como, the narrowest stretch of water in the lake. The village of Laglio has Roman origins, it already hosted military and customs garrisons, as evidenced by the ancient tower of Torriggia, the very name of Laglio derives from the name of the Roman commander Lallius. 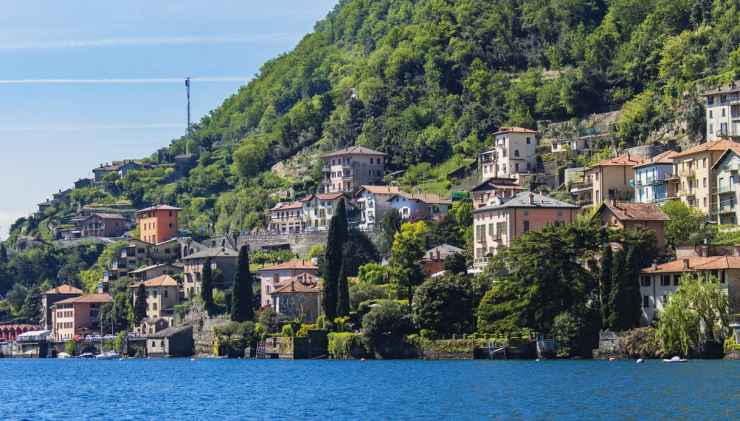 Villa Carlotta is an ancient building located in the town of Tremezzina in the province of Como and located on the shores of Lake Como. The villa is famous both for the art collections kept inside and for the vast botanical garden that surrounds it, part of the circuit Grandi Giardini Italiani. 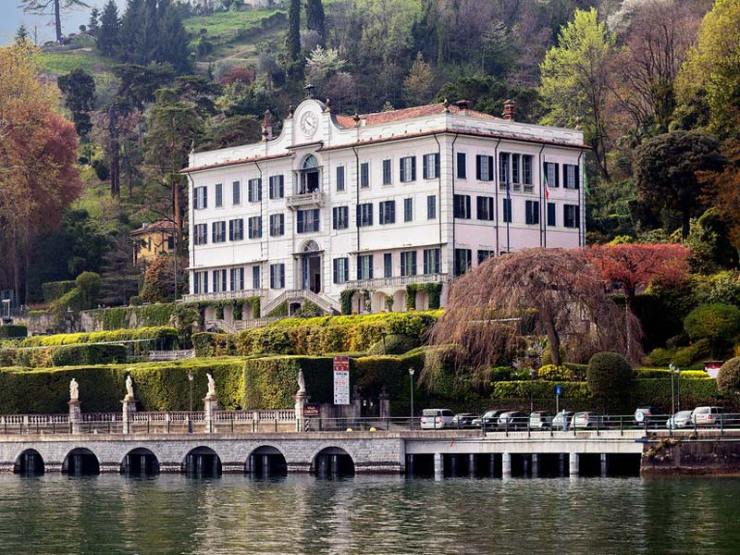 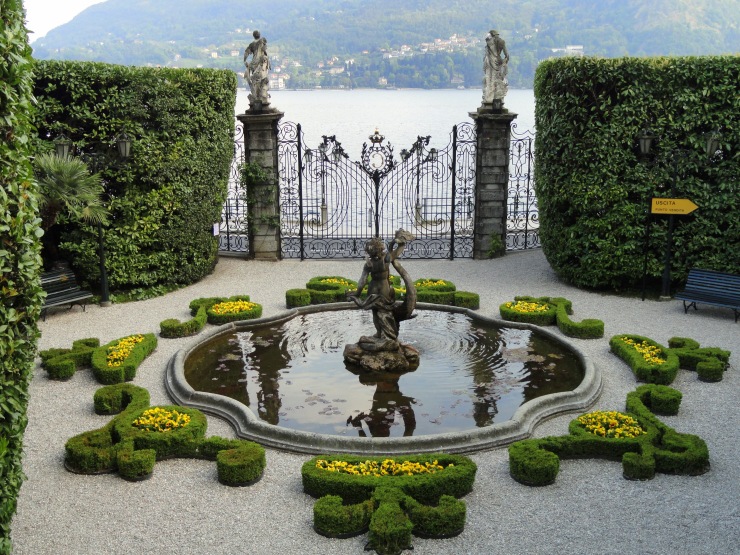 If you are looking for a first course with a refined and delicate taste, the perch risotto is for you!

The Lavarello in carpione is a typical Lombard recipe. Lombardy is a region rich in lakes, rivers and canals and has always found a source of protein from them, thanks to the numerous fish that live in them. A very common fish is the lavarello. The carpione is cooked in vinegar together with vegetables such as carrots and onions that enrich its taste.

The Missoltini are a typical culinary specialty of Como Lake, particularly of Tremezzina. Their preparation is quite complex: they are agoni, fish from the lake that are caught, salted and dried in the sun. 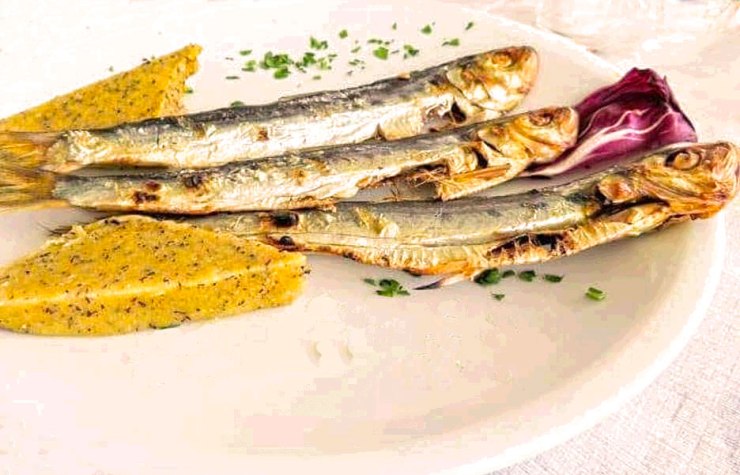 The whole area overlooking the Como Lake is an area rich in history, breathtaking landscapes, culinary culture… To visit absolutely!

This site uses Akismet to reduce spam. Learn how your comment data is processed.